Gold Coast band back together

Gold Coast band back together 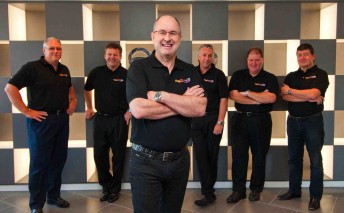 Like Jake and Elwood Blues in the cult 1980 movie The Blues Brothers, the team at this year’s SuperCarnivale on the Gold Coast has put their ‘band back together’ to form the strongest management group in the event’s history.

A total of six of the event’s most successful management personnel have come together as one for the first time and are working around the clock to build the framework for a fresh and spectacular event to be officially launched into the market next month and then run from October 22-24 on the streets of the Gold Coast.

The group will be joined by a dynamic and energetic marketing and events team which has already played a major role in the success of a myriad of other sporting and entertainment events around the country.

This group has sold or serviced more than $250 million in major event tickets, hospitality and sponsorship between them during the last 15 years.

“The event business is about people and I think we have managed to assemble the best Australia has to offer as we create an event with a totally new look and feel which will aptly be known as the Gold Coast SuperCarnivale,” said Cochrane.

“We have the involvement of some very well-known faces which is already helping instill confidence back into the market place. People need to know we are serious about making this the best event in Australia with a unique international feel, that cannot be experienced anywhere else in the world.

“We have a lot of surprises to be announced at next month’s official launch, but in the meantime we are keen to let everyone know the event is in great hands and we are working flat out to produce a family, community, fan and tourist-friendly event that will not only be spectacular, but value for money.”

The group got together for one of their weekly management meetings today at V8 Supercar headquarters at Nerang on the Gold Coast.

“This group of people were all active in the former “glory days” of the Gold Coast event and every one of them is passionate about taking the event beyond anything that has been experienced before,” said Howard.

“Basically we have decided to start with a clean sheet of paper and it has been fantastic to see the ideas flowing. Every one of these people treat this event as their own and they want it to be something every Queenslander can be proud of.

“We have a lot of work to do, but that is not something that scares any member of our team.”