Ford/Holden duopoly to end in 2012

Ford/Holden duopoly to end in 2012 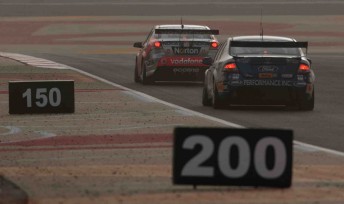 V8 Supercars Executive Chairman Tony Cochrane expects V8’s ‘Ford and Holden-only’ playground to draw to a conclusion at the end of next year.

The Age has speculated that top-end car makers Mercedes Benz and BMW are seriously considering running cars in the popular V8 Supercars Championship Series, which for more than a decade has relied solely on Ford and Holden to provide race cars. 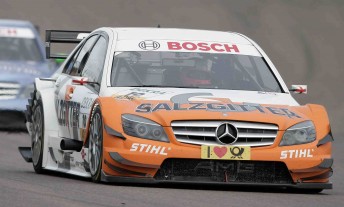 Gary Paffett in his Merecedes DTM race car. Could the German maker join V8 Supercars in the near future?

Cochrane told The Age that by 2012, there is a great chance that more manufacturers will compete.

“Some of the teams are already talking to potential new manufacturers,” he said.

“I would say there would be a low-end one and a high-end three new manufacturers joining the championship in 2012.

“Clearly as a sport today we have much less reliance on the budgets of Ford and Holden.”