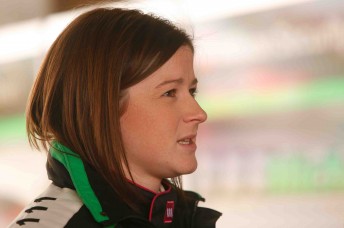 Leanne Tander will compete in the Touring Car Masters this year

Leanne Tander will compete in the Touring Car Masters Series, presented by Autobarn, this year.

The rare Ford GTHO Phase IVs were never raced in competition after the 1973 ‘Supercar Scare.’ It is believed that this will be the first full-on use of a Phase IV in actual racing – 37 years after its intended debut! The XA will feature major backing from Wilson Security, with a heavy focus on the McGrath Foundation charity.

“The brand-new XA GT Phase IV is being finished now, and the livery is being competed,” he said.

“Because of the legend around the XA GT, it’s a perfect fit. Leanne will run the car for the whole Touring Car Masters Series.

Tander drove in the V8 Supercars endurance races last year with the Wilson Security Racing team. She will test the car for the first time at Winton on Friday ahead of the first round of the series as a support category to the Clipsal 500, Adelaide, on March 11-14.

More images of the car in its full design will be revealed soon.