Plans to move the Australian Formula 1 Grand Prix from Albert Park to a new permanent facility continue to gather momentum. 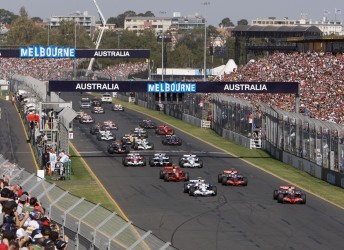 Could the Australian F1 Grand Prix move to a new circuit at Avalon?

Today’s Sunday Herald Sun newspaper in Melbourne reports that the Fox family, owners of the Phillip Island Grand Prix Circuit as well as the Avalon Airport, are prepared to invest $200million into a new permanent circuit in Avalon if it was to become the new home of Formula One in Australia.

The report notes that CAMS has been granted $130,000 by the FIA to conduct a feasibility study into the idea.

“I’m happy to put the capital up on behalf of the family at Avalon and build a world-class standard,” Andrew Fox, son of Lindsay Fox, told the Sunday Herald Sun.

“We’re building a start-of-the-art facility for the soccer and that’s unchartered waters yet we’ve had the Grand Prix here for so many years.

“Yes, you’ll never be able to replace the views of Albert Park, but you can still build one of the best race tracks in the world.”