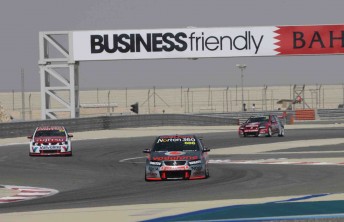 Back-to-back Middle Eastern V8 Supercars Championship Series races are set to stay on the calendar in the immediate future.

With the Abu Dhabi and Bahrain circuits both having a minimum of two years remaining on their current deals, the V8s will continue to pair their Middle Eastern adventures together.

The only change that could come is whether the races run at the start or the end of the series. In Australia’s winter months, the Middle East is in the midst of its summer – a very hot time of year. That means that the series will either continue to kick-off overseas, or run towards the end of the season, as has been the case in the past.

The V8 Supercars Australia board will review the format at its next meeting on the Monday after the Clipsal 500.

Ford Performance Racing team principal and board member Tim Edwards told Speedcafe.com.au that financially and logistically, there is no other way to contest the Middle Eastern meetings unless they are back-to-back.

“I can’t imagine that we’d want to do anything different,” he said.

“You wouldn’t travel to the Middle East, back to Australia, and then come back here at a later point in the year. The cost to do that would be prohibitive. To charter two 747 cargo planes, airfreight over to this part of the world, and then back again is a seven-figure sum. It has to always be back-to-back.

“I think it’s been a success. Whether they are at the start or the end of the series needs to be figured out, but they always have to be paired up.”

Edwards says that two Middle Eastern rounds in one year is enough, although anything is possible.

“I think we’d have a few upset mechanics or engineers if we did anymore,” he said.

“Everybody’s looking forward to getting home. We’ve been away two weeks already. I left Formula 1 because I didn’t like having back-to-back F1 races all around the world, so I think you have to be realistic.

“I don’t think we need another race in this part of the world – but who knows what Tony (Cochrane) is dreaming of at the moment!”