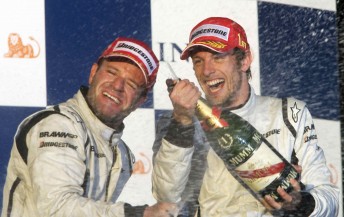 Qantas has a long history of partnership with the Grand Prix since Formula One came to Australia in 1985.

Qantas previously supported the event as a title sponsor from 1997 to 2001 inclusive.

Qantas Chief Executive Alan Joyce said Qantas was proud to be the premier partner of the Albert Park event.

“Qantas has sponsored the Grand Prix since its arrival in Australia in 1985 and we are pleased to reaffirm our support for this global sporting event, reaching Formula One fans worldwide,” Joyce said.

Tourism and Major Events Minister Tim Holding said the Victorian Government was thrilled with the strong support from Qantas for this year’s event.

“We greatly value the involvement of all our commercial sponsors – their support reduces the cost of this event to the Victorian Government,” he said.

“Melbourne is the major events capital of the world and will next month come alive when hundreds of thousands of Melburnians and visitors from interstate and overseas flock to Albert Park for the Grand Prix.”

As well as the on-track action of Formula 1, V8 Supercars and other support classes, two headlining concerts will be at Albert Park – Powderfinger on Saturday night and Simple Minds on Sunday night.