Murphy thanks Tander for “waiting for me”

Murphy thanks Tander for “waiting for me” 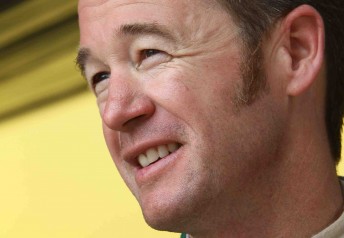 Greg Murphy has thanked Garth Tander for the points haul he achieved in the first two races of the V8 Supercars Championship Series at Yas Marina Circuit last week.

Tander, driver of he #2 Toll Holden Racing Team Commodore, left the Abu Dhabi track way down in 28th place in the points table – which translates to second-last.

It’s not where Tander envisaged his title chase starting, but due to a controversial penalty and mechanical problems, his fate was, in part, not his fault.

Murphy, on the other hand, didn’t even make it to the Yas Marina Circuit, due to a pre-arranged date clash that restricted him from attending the first round.

For more with Murphy in today’s Cafe Chat, CLICK HERE