Canto confirmed at Bottle-O for enduros

Canto confirmed at Bottle-O for enduros 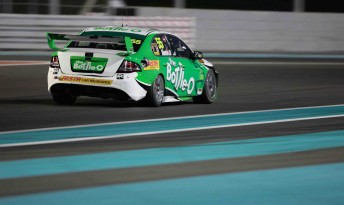 Canto, 29, is one of V8 Supercar’s most experienced co-drivers and in signing to partner Dumbrell in the Ford Performance Racing run Falcon, extends a two-year association with the Ford factory team.

“(Team owner) Rod Nash has been very good to work with, I know the car because of my past two seasons with FPR and there’s no doubting Paul’s pace, so I think this is an outstanding opportunity,” Canto said.

“Although the season has barely started, the car has been quick from the outset, the cars have improved since last season and with Paul’s experience from other teams, we will be a front running package come the enduros … should be fun!”

Adelaide-based Canto won the Development Series titles in 2000 and 2005, and raced full-time in the Championship Series with Briggs Motorsport in 2003 and with Garry Rogers Motorsport from 2006 to 2007.

“Dean is a great addition to the team … we needed someone with a level of experience, and a level head, to capitalise on what I know will be our most competitive package ever,” team owner Nash said.

“We hope to spring a surprise on everyone!”

Canto will partner Dumbrell in the L&H 500 at Phillip Island on 12 September and the Super Cheap 1000 at Bathurst on 10 October.