Ricciardello: Time in the car is paramount

Ricciardello: Time in the car is paramount 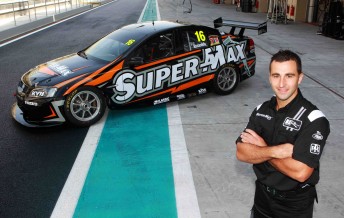 Kelly Racing’s newly-announced fourth driver Tony Ricciardello says that getting seat time in a V8 Supercar is his key to making the most of his first full-time opportunity in the V8 Supercars Championship Series.

The West Australian told Speedcafe.com.au that consistent miles in car will give him his best opportunity to show his true potential.

“Before, I was in and out of the cars once or twice a year and to be professional, as all the guys in the series are, you need to be driving the cars every couple of weeks,” he said.

“This year is about being consistent, getting more runs on the board and more time in the car, and by the middle of the year, things will start looking promising.”

Ricciardello says that having the likes of the Kelly brothers and Jason Bargwanna in the same team will be a huge help.

“There’s a lot of knowledge in the team and experience with Todd (Kelly), Rick (Kelly) and Jason (Bargwanna),” he said.

“And I’m sure the cars are going to be good enough to be in the top 10 comfortably, so it’s a matter of getting a good set-up and having a good clear weekend.”