Bond: Whincup has the edge over Lowndes

Bond: Whincup has the edge over Lowndes 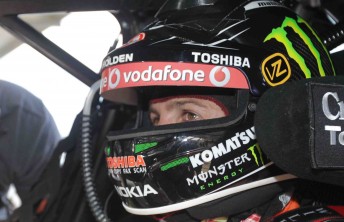 Bond, an Australian touring car, rally and Bathurst 1000 champion, says that the TeamVodafone driver is a class act, and justification of that comes from his ability to outshine his well-credentialed team-mate.

“In the last couple of years, he’s really come ahead of the pack. He’s able to out-qualify and out-race his team-mate Craig Lowndes, and if you look at Lowndes who is still one of the benchmark drivers, Whincup is able to do that. They have the same equipment and same opportunity and Whincup has come out on top.

“The first person you always want to beat as is your team-mate, so for Jamie to be able to do that over someone like Lowndes is a testament to his ability.”

While Bond rates Whincup as his favourite for 2010, he says that there are plenty of other drivers who will be capable of snatching race wins.

“I still think Garth Tander and Will Davison will be hard to beat, and I still like Rick Kelly. He’s a very talented driver. And you can’t forget James Courtney and Mark Winterbottom. There’s quite a number of strong drivers these days.

“It all comes down to the teams this year. Everything is so close. Look at Jason Bright this year at Brad Jones Racing. He has Phil Keed engineering him, and Phil used to work at Ford Performance Racing and he is very clever guy, so the individual teams and combinations will be a huge factor this year. I think it will be very competitive.”

For more with Colin Bond in today’s ‘Where are they now?’ CLICK HERE