Bowe returns to his touring roots

Bowe returns to his touring roots 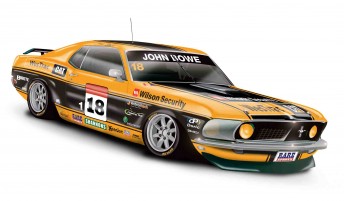 John Bowe will drive a yellow Ford with the #18 on the door. Sound familiar?

Bowe carried the number 18 on his door panel for 11 years during his highly-successful partnership with racing icon Dick Johnson.

The Tasmanian’s best achievement driving with #18 on his doors was winning the 1995 Australian Touring Car Championship.

Coinciding with his return to #18 is his return to Ford. Having raced the past two seasons in the Touring Car Masters in a GM-built Camaro, Bowe will be back in a Ford product this year, driving the 1969 Mustang.

“I ran the number 18 for 11 years and I had some really good memories from that period,” he said.

“My time with Dick and DJR was an important part of my racing life which I hold very dear.

“There is a lot of nostalgia tied up with the Touring Car Masters series, and this idea just seemed to make sense.

“Having the 18 back on my door feels right. I guess it’s like being back in a Ford this year – it’s what people remember me for.”