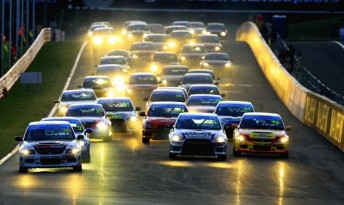 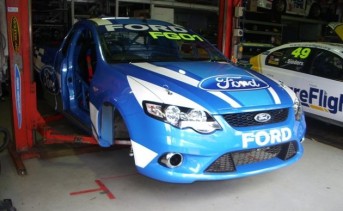 Ingall was first pencilled in to drive the car, however, due to the close nature of the opening round of the V8 Supercar Championship Series in the Middle East, Jones will step into the hot Holden.

Jones was entered in the car last year (competing in Class B) but it retired early in the race.

While the Sportwagon entry contains one of the most experienced Bathurst line-ups in the ‘once around the clock’ event, there are a lot of competitive outfits in this year’s 45 car field, including some familiar faces.

In Class A, two cars to watch out for is Bob Pearson’s two-car Pro Duct team. The team will field Mitsubishi Evo X RSs for Pearson, Jason Bargwanna and Steve Glenney in the #33 car, and Glenn Seton, Neil Crompton and Mark King in the #34 car.

In Class B, Ford Performance Racing driver James Moffat will pair with Ken Douglas and Ray Hislop in a Ford FPV FG F6, although the BMW 335i of Paul Morris, Garry Holt and John Bowe will be hard to beat.

The Class G battle of V8 Utes will see a classic Ford versus Holden battle. Two Ford entries will be there, including the world-racing debut of the Ford FG Ute. Prepared by the Sieders Racing Team, the FG will be driven by Ben Dunn, Andrew Fisher and Brad Patton. In the other BF Ford, Greg Willis, Jason Gomersall and Matt Mackelden will take on the Holden VE of Grant Johnson, Nathan Callaghan and Alan Letcher.

And while Marcus Zukanovic’s Ford Mustang Shelby might take might of the limelight in the Invitational class, watch out for Rockstar Racing’s Josh Hunt and Paul Stokell in their Nissan 350Z.

Practice kicks off this Friday, with qualifying on Saturday and racing getting underway on Sunday morning 5.30am.