Champ on Surfers: Crazy but logical

Champ on Surfers: Crazy but logical 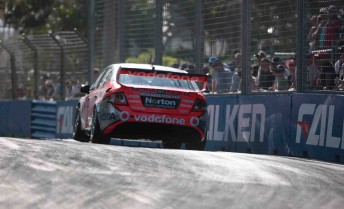 Two-time V8 Supercar Champion Jamie Whincup says that there is method to the madness regarding yesterday’s announcement of an international-flavoured V8 Supercars race at the Gold Coast SuperCARnivale.

The reigning V8 Champ says the SuperCARnivale is now a ‘must watch’ event.

“It’s a crazy concept, without doubt, but one I can see a lot of logic in,” he said. 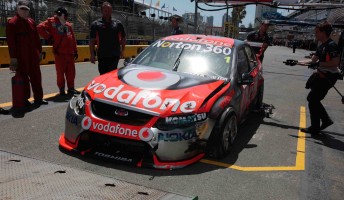 Jamie Whincup says the new SuperCARnivale has the potential for damage ... and he should know! Last year's Surfers Paradise race was the low point in his title defence

Whincup said that the new format has the potential for damage on the Surfers streets, but said that incidents can happen to anyone – including himself …

“There could be a little bit of carnage, but in saying that, I don’t think they’re going to do anymore damage than I did last year,” he recalled.

“I’m not one to talk about someone creating carnage. I think I led the pack on that front last year at Surfers …”

The SuperCARnival is the new name for the famous street race, which celebrates its 20th anniversary this year. The event’s heritage is international open-wheelers, but despite the absence of a top overseas category, the street race will continue to prosper.

“The most important thing that’s come out of it is that we’re racing at Surfers Paradise. It’s a great place, it’s a great event, it’s one of my favourites and it’s a home track for me. We’re racing on the streets again, the international thing is a crazy concept but there are only going to be positives come out of it.”