Kinser to debut in TSR colours this weekend

Kinser to debut in TSR colours this weekend 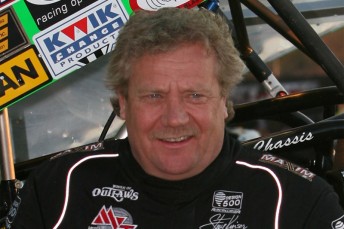 American Sprintcar Legend Steve Kinser will make his debut for the Tony Stewart Racing outfit when the chase for the 2010 World of Outlaws Championship kicks off in Florida this weekend.

Kinser, who will be chasing his record 21st World of Outlaws championship, will open the season aboard the No. 11 Bass Pro Shops Maxim owned by the NASCAR star in the 39th Annual Florida DIRTcar Nationals by University of Northwestern Ohio at Volusia Speedway Park.

It will be the first time in over 15 years, during which time he has won six titles and over 200 races, that he has driven for someone else on the World of Outlaws tour.

“I am running for Tony Stewart, but I’ll still a lot of control over it,” said Kinser.

“It does take a little bit of the financial burden away from what I was doing before. It’s going to be nice to run for Tony Stewart Racing and to get a paycheque. Now all I have to do is get out and win some races to make sure that I get a little bigger paycheque.”

Kinser will be driving the car his son Kraig drove for the past two seasons when he was a part of Tony Stewart Racing. In turn, Kraig will be piloting the No. 11K machine for Steve Kinser Racing on the World of Outlaws tour in 2010.

“We made a little bit of a swap on race cars,” said Kinser.

“It’s something that Tony Stewart Racing and Steve Kinser Racing decided on. Kraig will drive my car and I’ll drive the car that he drove for Tony (Stewart) last year. We’re trying to make it a win-win situation for Kraig, for myself and for Tony. I think we have a pretty good combination going.”

Kinser enters the 2010 season with a record 552 career World of Outlaws A-Feature wins to go along with his amazing 20 series titles. He finished fourth in points last season, marking the 26th time in his career that he has finished fourth or better in the series standings.