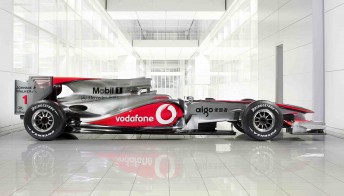 Is this car the 2010 Formula 1 World Champion? According to the bookies, it's where you money needs to be ...

The first Australian odds are in for the 2010 Formula 1 season – and the early money is with Lewis Hamilton and his Vodafone McLaren team.

The 2008 F1 world champ is listed as the season favourite ahead of new Ferrari driver Fernando Alonso and returning seven-time champion Michael Schumacher.

The odds list, below, clearly shows that there are the teams with the ‘haves’ and the have-nots’ in 2010. Eighth favourite Nico Rosberg (Mercedes GP) is paying A$12, while the next favourites Rubens Barrichello (Williams) and Robert Kubica (Renault) are a healthy A$51.

But will there be a ‘smoky’ in the pack? Before the first round of last year’s world championship at Albert Park, Button was listed at over $50 to win the title. Anyone who put their hard-earned on the Brit to win his first championship before racing got under way would have enjoyed a very merry Christmas …