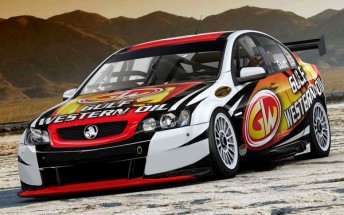 An artists impression of the Lucas Dumbrell Motorsports Commodore, to be driven by Kiwi Daniel Gaunt

Here is the first illustration of Lucas Dumbrell Motorsport’s Commodore VE that will compete in this year’s V8 Supercars Championship Series.

Dumbrell was involved in a horrific Formula Ford accident at Oran Park in 2008, leaving the 19-year-old paralysed.

New Zealander Daniel Gaunt will drive the car in the team’s first year, backed by Gulf Western in this striking livery. 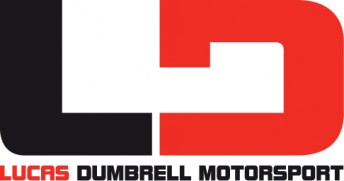 The car will compete with the number 30 and the livery was penned by Holden Design.

“I’m pretty fortunate that Holden have been able to help out with some of the design. I think it’s unique in terms of the design,” Dumbrell said.

“Bringing the background image into the design into the scheme looks terrific and I think it’s going to be one of the best looking cars in the field.”

Dumbrell said that building the team has been a lot of hard work.

“It’s obviously been a lot of work to do but we’ve got a great bunch of guys working towards the one goal and working together with no issues,” he said.

“The season is getting close now and we’re all looking forward to it.”

The car will hit the track for the first time at Winton Motor Raceway next Monday.