Adam Graham will make his return to the Ford Genuine Parts Australian Formula Ford Championship this year with the Evans Motorsport Group. 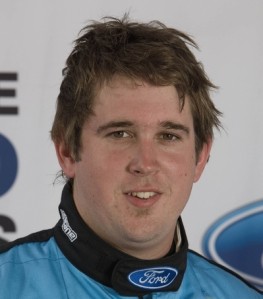 the job done. My ambition is to progress my career into V8 Supercars, so having a strong year will certainly go a long way to achieving this goal.

“I’m excited to be competing with Evans Motorsport Group and would like to thank my great sponsors for presenting me with the opportunity to compete in the exciting new Mygale SJ10a.”

Graham has competed sporadically in Formula Ford, making his debut in 2002 as part of the Ford KartStars program. He raced in selected events in 2007 and 2008, and this year will mark the first time that he has driven a Mygale chassis.

Team boss Josh Evans says that having an experienced hand in the driver’s seat will aid his new team.

‘’The entire team is excited to be working with Adam,” Evans said.

“I don’t think it will take him long to get familiar with a Formula Ford again. Since leaving Formula Ford in 2008, he has successfully driven a wide range of cars including V8 Supercars, midget sprint cars and production cars – so I don’t think he will have trouble adapting.”