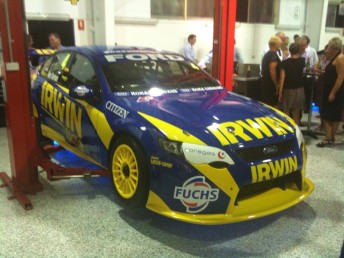 The special charity cocktail party for corporate guests and fans saw the unveiling of the team’s four cars – three in the Championship Series, and one for the Fujitsu V8 Series. 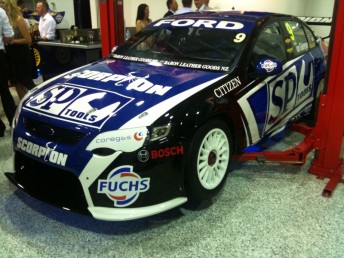 As reported earlier today, Lucky 7 adorns the rear quarter panels of the #4 and #9 car, with added backing from Fuchs on the front bar.

Speedcafe.com.au was sent these photos from a fan at the launch.

Stay tuned for more news on Monday, but in the meantime, here is a sneak peek of SBR’s 2010 V8 challengers … Tim Slade is the new kid on the SBR block, driving the #47 Wilson Security Falcon