Perkins on the sidelines, but in the game

Perkins on the sidelines, but in the game 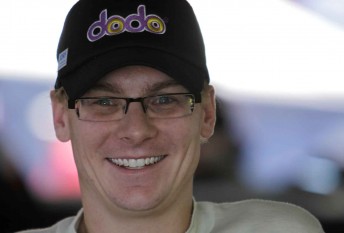 Jack Perkins will remain in the V8 Supercars Championship Series, however, it won’t be as a driver.

Perkins, the son of six-time Bathurst winner Larry, has a taken a ‘special projects’ role at Paul Morris Motorsport after he could not secure a drive in the series.

The 23-year-old drove for Kelly Racing last year, and was linked to the new Lucas Dumbrell Motorsport team for this year, but could not come up with the finances to continue in either drive.

Instead, Perkins has resorted to a ‘paid’ role in the industry – and it’s a position that he’s very comfortable with.

“I’ve got a good job in the industry and I’m thankful to Paul for giving me the job,” he told Speedcafe.com.au.

“It keeps me around a team. Driving isn’t a priority, and I’ve been involved in a race team for my whole life, so this is a good change and a new opportunity.”

Perkins role at the team will include sign writing the Supercheap Auto and Castrol-backed Commodores, as well as a general workshop hand.

“I’m looking forward to being part of it,” he said.

“It’s good to be in the team with Russ (Russell Ingall) and Murph (Greg Murphy). I’m looking forward to doing the best job I can for the team. If the stickers are on the wrong way, I’ll be disappointed. I’ll just make sure they’re straight and we’ll go from there!”

Perkins says that while his new job is his priority, he is keen to find a competitive endurance drive with a team for Phillip Island and Bathurst.

“I’ve got my eye out for any enduro opportunities,” he said.

“I’ve made a few phone calls, so we’ll see how that shapes up. There’s a few different offers out there. PMM look pretty organised on that front, so it’s just a matter of doing my roles within my new job before I worry about any of my driving.”