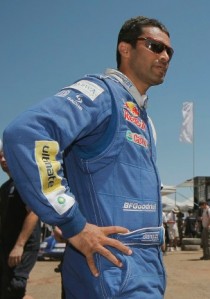 Nasser Al-Attiyah will be busy this year!

Qatar’s Nasser Al-Attiyah will be one of the busiest rally and off-road drivers in 2010.

As well as finishing second at the gruelling Dakar Rally for Volkswagen, the two-time Production Car World Rally Champion (2004 and ’06) will contest the new WRC support championship for Super 2000 cars, the S-WRC, in an all-new Ford Fiesta S2000 run by Autotek Motorsport.

In addition to his S-WRC programme, Al-Attiyah will use his Fiesta S2000 in a bid to win a seventh FIA Middle East Rally Championship title. That challenge begins hot on the heels of the completion of the Dakar with the opening round of eight rallies is his home event, the Qatar International Rally on 21st-23rd January.

Along with his Barwa Rally Team, Al-Attiyah was one of the stars of the 2009 P-WRC season, taking class wins in Argentina and Italy, but lost second place in Greece on a technical infringement beyond his control; he finished the year third in the standings.

Accompanied by his Italian co-driver Giovanni Bernacchini, Al-Attiyah’s S-WRC programme will begin with Rally Mexico in March. Under S-WRC regulations Al-Attiyah must nominate seven events to contest; two of which have to be outside Europe.

Despite having 15 events already locked-in, he is expected to also continue his role with VW on events such as the Dakar, Silk Way Rally (Tatarstan, Kazakhstan and Turkmenistan) and Rallye dos Sertoes (Brazil); including the extensive testing program associated with the rally-raid team.