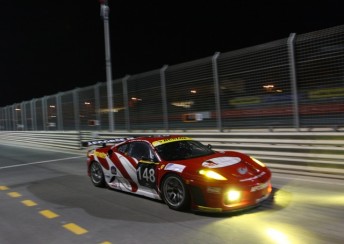 Marcos Ambrose has failed to finish the 2010 Dunlop 24 Hours of Dubai at the Dubai Autodrome over the weekend after the #148 Ferrari F430 of AF Corse was involved in a heavy crash almost nine hours into the event.

Fellow NASCAR driver Michael Waltrip was behind the wheel of the entry, which was in sixth overall and leading its class at the time, when Waltrip was unable to spinning Seat Leon of Hungarian driver Tamas Horvath.

The impact destroyed the Seat, with Horvath sent to hospital with suspected broken shoulder and collar bone. 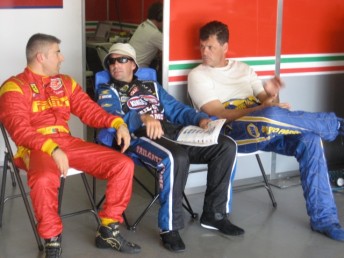 The pace of the Ambrose entry was strong around the 5.39-kilometre Grand Prix layout of the Dubai venue, with the car qualifying in 10th position for the event, which featured 74 entries. 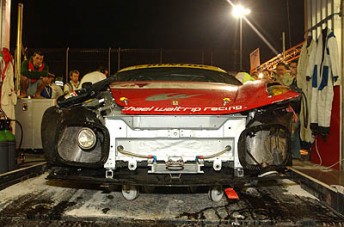 “This is a fantastic win for our team on our first attempt here at Dubai Autodrome,” said Patrick Pilet, who drove the winning car across the finish line.

“We had some anxious moments during the 24 hours but our team dealt with all problems rapidly and efficiently. This was a great team effort from the mechanics right through to the drivers and we are very happy. Dubai is a great place and we will be back.”

Ambrose and Waltrip now return to the United States to resume preparations for the Daytona 500 on February 14.