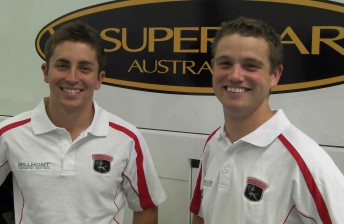 Tony D’Alberto has secured the services of Shane Price for the two V8 Supercar Championship Series endurance races at Phillip Island and Bathurst.

Tony D’Alberto Racing, which will be known as Centaur Racing in 2010, will make its ‘debut’ in the V8 Series after it purchased the #3 Racing Entitlements Contract from Tasman Motorsport late last year.

D’Alberto has raced in the V8 Series full-time since 2008, competing under the #55 Rod Nash Racing REC which moves to Ford Performance Racing this year.

The addition of Price to the team’s squad is a coup for the single-car team. Price contested the 2007 and 2008 V8 Series with Larry Perkins’ team, and drove with Walkinshaw Racing in last year’s endurance races.

“It’s a fantastic opportunity with a dedicated team, they put in the hard yards and always aim for the top,” Price said.

“Tony’s been in contention at Bathurst the last three years, with two top-10 results, which is a good reflection of the progress being made. I’m looking forward to playing a role in that progress.”

D’Alberto said that the securing Price was an opportunity too good to pass up.

“Shane is a quality driver, he’s got a competitive nature and he wants to showcase his talents,” he said.

“He knows the car, knows the tracks and wants to win.

“With the changes to driving pairings at the endurance races, we wanted to make sure we secured a driver that was on the cusp of racing V8s full time, especially someone who has raced in a Walkinshaw car in the past, and Shane ticks every box.”

D’Alberto, 24, and Price, 23, have grown up together through their racing careers, competing against each other in karting, the Fujitsu V9 Series and the main V8 series.

“Tony and I have been racing against each other for more than half our lives, which is a strange way to look at it given our ages,” Price said.

Price shared the Team Autobarn Commodore with Steve Owen at the 2009 enduros, finishing 12th at Phillip Island and 16th at Bathurst.

Price will attend all of Centaur Racing’s test days and will take advantage of the ‘rookie’ practice sessions on Friday’s at V8 tracks.

His first hit-out with the team will be at the official V8 Supercar test at Winton on February 8.