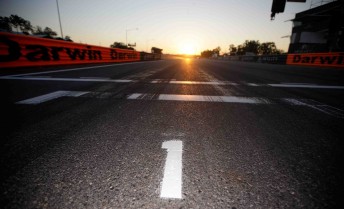 The Australian Superbike Championships has secured a five-year deal with the Northern Territory Government to host a round of its title at Hidden Valley Raceway.

The Chief Minister Paul Henderson said the NT Government will host the inaugural round on April 8-11.

“Securing competitions of this calibre reflects the Territory’s growing reputation as a place that can host world-class events; a place where sportsmen and women want to compete; and a place that attracts enthusiastic crowds,” he said.

“Hidden Valley already hosts an annual round of the V8 Supercar Championships, and last year motor enthusiasts voted the Hidden Valley V8 weekend the best in the nation.

“Bringing the Superbikes to Hidden Valley will further enhance the Territory’s reputation as a motor sporting nirvana.”

It’s expected up to 80 factory and private teams will make the journey to the Northern Territory and will include manufacturers such as Ducati, Suzuki, Honda, Yamaha, Triumph, KTM and Aprillia.