Whitaker to be confirmed as V8 CEO

Whitaker to be confirmed as V8 CEO 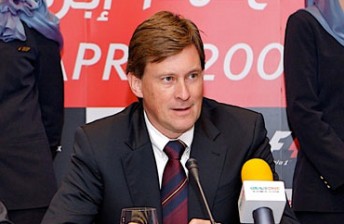 Martin Whitaker will be soon be confirmed as the new V8 Supercars Australia Chief Executive Officer.

Whitaker currently holds the position of Bahrain International Circuit CEO, and will take his position as boss of V8SA at the conclusion of the second round of the V8 championship in Bahrain.

The British-born citizen has been linked to the V8 CEO role for sometime, and was close to securing the position last year before it was taken by Cameron Levick.

V8SA appointed Shane Howard (current V8 Chief Operating Officer) as the interim CEO in December last year, but he will be surpassed by Whitaker when he takes up his role soon.

Whitaker started in the motor racing business as a reporter for British magazine Motoring News before starting his rise through the racing ranks.

He has held press-related roles at the RAC (Britain’s version of CAMS), FISA, FOCA Television and McLaren before joining Ford Europe to work as head of motorsport communications. In 1996, then-Ford Racing boss Peter Gillitzer left the company, and Whitaker replaced him, making Whitaker in charge of Ford’s F1, rallying and touring car entries.

Whitaker left Ford in 2003 and took the role at the newly-created Bahrain International Circuit where he has been ever since.