Murphy will miss opening V8 round

Murphy will miss opening V8 round 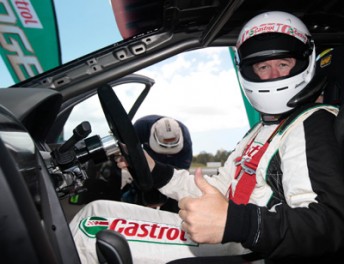 Greg Murphy will miss the first round of the V8 Supercar Championship Series at Abu Dhabi’s Yas Marina Circuit due to a conflicting date clash in New Zealand.

Murphy, recently announced as the new driver of the Castrol Commodore for Paul Morris Motorsport, has a commitment clash with his role in the New Zealand version of the Top Gear Live stage show.

The four-time Bathurst winner has been forced to honour his agreement with the popular Top Gear Live show, forcing him to surrender his position on the grid at the inaugural Abu Dhabi V8 Supercar race.

The Top Gear Live shows will be run over four days at the ASB Showgrounds in Auckland between February 18-21.

Murphy will be replaced by team-owner Paul Morris in the #51 Castrol Commodore VE.

Team owner Morris told Speedcafe.com.au that the clash was unfortunate, but a resolution between all parties was easily found. 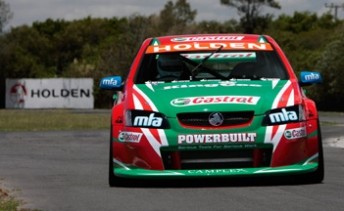 The Castrol Commodore that Paul Morris will drive in the first round at Abu Dhabi, replacing Greg Murphy

“Before we entered into agreements with Greg and the sponsors, everyone was aware of it,” he said.

“He’s got commitments elsewhere, so we’re just planned around that and I’ll drive the car.”

Castrol is a new sponsor to the Queensland-based PMM, teaming up with the Supercheap Auto Commodore of Russell Ingall.

Morris said that Castrol was aware of Murphy’s date clash from the early stages of their sponsorship negotiations.

“Castrol has been well aware of the situation – we’re not into taking people on mystery tours,” he said.

“When Murph’s name was mentioned as a candidate for the job, they were told that there was a good chance that he wouldn’t be at the first round. They were happy with that. They know about it. It’s no surprises to them.” Murph’s absence gives Morris the chance to “blow some cobwebs out.”

“I’d rather Murph drive the thing, to tell you the truth, but at least it gives me the opportunity to look at the track and blow some cobwebs out,” he said.

“I haven’t been to Abu Dhabi before, and everyone’s raving on about it, so it will be nice to go check it out. Obviously, it’s the best place in the world, they reckon, so to be over there and be a part of it will be pretty good.”

Murphy is currently on holidays in New Zealand and will return to Australia later this month in time of the first test at Queensland Raceway on February 9 before heading back to his homeland to host the Top Gear Live shows with regular UK Top Gear hosts Jeremy Clarkson and Richard Hammond.