Kubica to race at Monte-Carlo Rally

Kubica to race at Monte-Carlo Rally 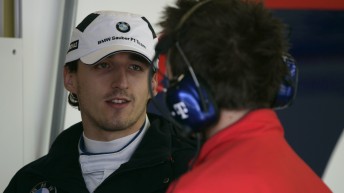 The Intercontinental Rally Challenge event will be run at the famous rally on January 19-23.

The Polish driver, who will drive for Renault in this year’s Formula 1 World Championship, has previously contested two rallies with the French maker since he departed the BMW F1 team at the end of the 2009 season.

The 25-year-old is a keen rally fan, but his two prior rallies saw him score mixed results. He crashed on his debut event – the Taormina-Messina Rally in Sicily last November – but went on to finish 29th overall on the Rallye du Var in France later that month.

In other IRC news, former WRC driver Toni Gardemeister will line up for the Italian Astra Racing team alongside co-driver Tomi Tuominen at Monte Carlo. The Finnish driver will start the rally as one of the favourites to win the prestigious event.

Also, M-Sport has entered as a manufacturer in the IRC. M-Sport’s entry allows any driver in a Ford car to score points in the drivers and in the manufacturers classification for both the main IRC series and the IRC 2WD Cup.

The inclusion of M-Sport means that the team has representation in both the WRC and the IRC.