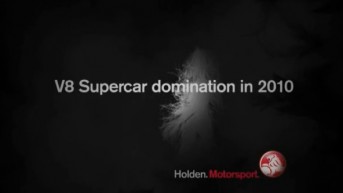 Holden has taken a cheeky swipe at Ford with a pre-season video, published on YouTube recently.

The video, titled ‘V8 Supercar domination in 2010,’ runs through all of Holden’s drivers that were announced prior to Christmas, with a subtle ‘swalking Falcon’ in the background!

“There is no doubt Holden has the best team and driver line-up for 2010. There’s plenty of passionate v8 fans out there and it was created to stoke the fires of that passion,” he said.

“And judging by the reaction from both sides of the red and blue fence to the video, it shows that the Holden versus Ford rivalry is well and truly alive.

“The duck (aka Falcons) swalking around in the background has been done with tongue firmly in cheek.”

You can view the video for yourself here …