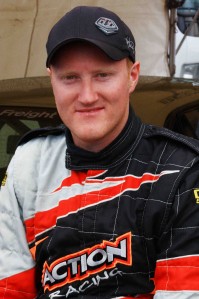 Marcus Zukanovic will return to the race tracks full-time in 2010, competing in the Bathurst 12 Hour and the Fujitsu V8 Supercar Series

Marcus Zukanovic is recovered from the injuries he sustained in a freak V8 Supercar testing accident at Winton Motor Raceway last February and will return to the sport this year.

Zukanovic will compete in the Bathurst 12 Hour Showroom Showdown driving a rare Ford Shelby GT500 Cobra, as well as competing in the seven round Fujitsu V8 Supercar Series.

The Victorian sustained significant injuries when the brakes failed on his ex-Garth Tander Holden Commodore at Winton during the official pre-season test. His car speared into the concrete wall, breaking a leg, collar bone and a rib.

Having spent the past 11 months recovering, Zukanovic is ready for a full-time return to racing after a successful operation last month where surgeons removed a rod from his injured leg.

Now, his first stop is the Bathurst 12 Hour in February. He is currently building his 12 Hour GT500 Cobra – a supercharged 5.4 litre V8 – and he hopes it will be capable of challenging for victory.

“On paper, it’s the best car on track, but as you know, on paper and on track are two different things,” he told Speedcafe.com.au.

“I believe it’s going to be a good car. There are a few question marks with it, and the biggest one is going to be the supercharger and its reliability. There’s no doubt in my mind that we need to get some miles in it and give it some punishment.

“The Americans build a really good car. The Shelby is designed to be driven hard on the road for thousands of miles, so I can’t see it having reliability problems.”

Zukanovic is set to decide in the coming weeks the two co-drivers he will take to The Mountain for the ‘once around the clock’ race. 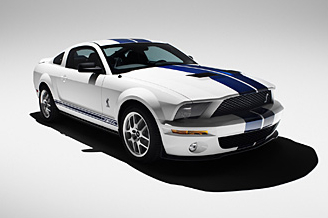 While his immediate attention is on the 12 Hour, his Fujitsu V8 Series Commodore has been totally rebuilt after the damaged it sustained at the Winton testing accident. With a new engineer coming on board for 2010, Zukanovic is confident that he has the right ingredients to have his best season ever.

“I’m more determined than ever to do it,” he said.

“I’ve been dealt some dodgy cards over the past few seasons, but I think it’s all character building and it’s made me stronger.

“For the first round, I’m just going to be finishing races, looking for consistency, building my confidence and my fitness.

“I had a run in a Commodore Cup car at Sandown in November and that was really good for me.

“I’m pretty excited about it and excited to be back in it. I think we’ll go to Clipsal and try and come out of it with a straight car.

“I guess I’ve got a point to prove. My car’s good, I think I’ve got the ability, it’s just a matter of piecing it all together to get the result.”