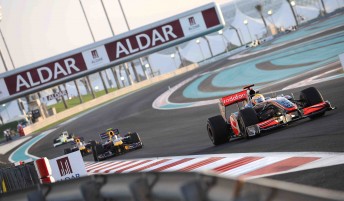 Two of Formula 1’s leading car designers believe changes to the layout of circuits, rather than the design of the cars, are needed to increase on-track entertainment in F1.

Red Bull technical chief Adrian Newey and his Williams’s Sam Michael told Racecar Engineering magazine that the major rule changes instituted for the 2009 season produced disappointing results, and agree that the circuits should be altered to improve the spectacle.

“Everybody keeps conveniently forgetting about that, as it is deemed to be easier to change the cars than change the circuits.”

Michael reckons the switch to slick tyres and lower aerodynamic downforce was a positive, but too much emphasis is still placed on the chassis.

“One thing that hasn’t really been addressed at all so far is circuit design,” he said.

“You’ve got to ask yourself, why do you go to a race such as Barcelona where no one overtakes, and then take exactly the same cars to Monza, Montreal or Hockenheim and you get lots of overtaking.

“This is something that the FIA is dealing with now and having a really strong look at.

“If you look at somewhere like Abu Dhabi, which was a brand new circuit, there are some very good aspects to that circuit, but because there were some pretty fundamental mistakes there, they need to change them before next year.

“There’s no point being sensitive about it – ultimately there wasn’t good enough racing in Abu Dhabi, and Formula 1 has to look at itself and ask why.

“You can’t keep putting all of it on the car design all of the time.

“Of course the car design has some responsibility for it, but if you went to every circuit and you never saw any overtaking, then you could blame it all on the car design.

“But clearly that’s not the case, because there are places where cars do overtake.”

The FIA hosted a seminar late last year to investigate ways to increase overtaking in F1. The meeting was attended by the sport’s dominant circuit designer Hermann Tilke, seven-time world champion Michael Schumacher and veteran Penske and G-Force designer Nigel Bennett. According to itv.com, despite the meeting, few major changes are expected to be implemented for the 2010 season.