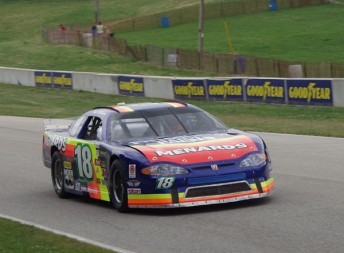 NASCAR has added an extra road course race to next year’s Nationwide Series schedule with the news that the spectacular Road America circuit will replace the Milwaukee Mile on the 2010 schedule.

The Road America 200 at the 4.048-mile, 14-turn track located in Elkhart Lake, Wis., replaces the event previously scheduled at the Milwaukee Mile and will be run on Saturday June 19, after the historic Milwaukee venue was unable to secure an event promoter.

It remains to be seen how many Cup drivers will attempt to ‘do the double’ with the first Sprint Cup Series road course race of the season in Sonoma, California on the same weekend.

With over 2000 miles separating the two venues, it is likely that just a select few will pull double duty, with a host of road course ringers from sportscar and open wheel competition expected to fill out the Nationwide field.

“We’re excited to be staying in Wisconsin and racing in front of the passionate fans there at a historic venue that’s new to our NASCAR Nationwide Series,” said Steve O’Donnell, NASCAR’s vice president of racing operations.

While Road America is new to the NASCAR Nationwide Series, it’s not the first time NASCAR has raced there. On August 12, 1956, Tim Flock won the only other NASCAR national series race, in the NASCAR Sprint Cup Series, at the then one-year-old track.

“It’s in a very picturesque setting in the Wisconsin countryside. It has every kind of corner you can imagine. When I was a kid, my dad would take me to Road America. The fans love it there.

“By the second practice, I’m sure everyone will be up to speed because the drivers are so good in the NASCAR Nationwide Series. Braking will be the hardest aspect. Strategy will play a big part in this race. I’m really excited about (the series) running there.”

Road America will be the third road course on the 2010 NASCAR Nationwide Series schedule. The series also will race at Watkins Glen International and at Circuit Gilles Villeneuve in Montreal.

As recently as the 2007-08 seasons, the NASCAR Nationwide Series also had three road courses on its schedule, racing at Autodromo Hermanos Rodriguez in Mexico City in addition to The Glen and Circuit Gilles Villeneuve.

“Road America is a very unique track that will provide great racing and will test driver skill and ability on what is a very large course,” said Joe Balash, director of the NASCAR Nationwide Series.

“And yes, we’ll be prepared to race in the rain if necessary,” he said, in reference to the series’ last two races in wet weather in Montreal. The 2008 event was the first NASCAR national series points race contested in the rain.

Teams will be permitted to participate in a full day of additional event practice on Thursday, June 17, prior to the start of official on-track activity on Friday, June 18.