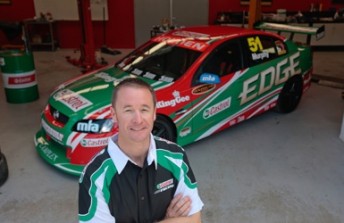 Greg Murphy was confirmed as the Castrol Holden driver for 2010, but could he miss the first round?

Greg Murphy is currently negotiating a date conflict that could see his spot on the grid at the first round of the 2010 V8 Supercar Championship Series jeopodised.

The popular Kiwi, who was announced as the driver of the Castrol Racing Commodore at Paul Morris Motorsport last week, has an existing deal to co-host New Zealand’s Top Gear Live show, which will entertain NZ audiences over four nights (February 18-21) – the same weekend as the opening round of the V8 Supercar series in Abu Dhabi.

Speedcafe.com.au spoke to Murphy who acknowledged there was a clash, however, he said that parties are currently working through available scenarios.

The shows Top Gear Live shows are slated to be held at the ASB Showgrounds, Auckland. Murphy co-hosted this year’s event with Jeremy Clarkson and Richard Hammond and is set to do the same in February. 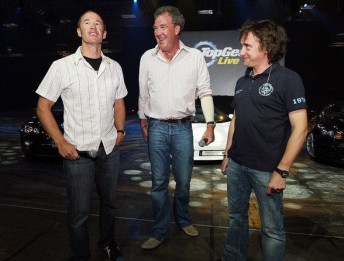 So, what if Murph can’t race at Abu Dhabi? One would assume that Castrol and Murphy’s other backers would not be pleased with him missing the first round at the inaugural V8 race in the Middle East, but what if there was a suitably qualified, high-profile replacement?

Those options are limited, although one name that springs to Speedcafe’s mind is Mark Skaife. Skaife and Murphy teamed up at Bathurst last year, finishing fourth, and the benefits for all might seem too good to pass up.

Another drivers who could fill the void if Murphy can’t race is Cameron McConville or PMM team owner Paul Morris.

Nothing is official yet, however, it’s clear that there is an issue that will need to be sorted soon.