The Rat: No return, despite new rule

The Rat: No return, despite new rule 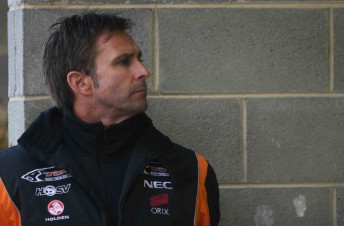 Paul Radisich has ruled himself out of driving in the 2010 V8 Supercar endurance races, despite the new rule that prohibits ‘Primary’ drivers from pairing up.

The new rule, controversially introduced last week, is ideal for a driver of Radisich’s capabilities and experience, however, ‘The Rat’ will not budge on his retirement stance.

The Kiwi International was involved in two heavy accidents at Bathurst in 2006 and 2008. He retired after the second accident in the HSV Dealer Team Commodore VE.
“No I will never race at Bathurst again,” said Radisich.

“Is it unfinished business? No, I gave it my best shot and it didn’t happen. I am very happy with my second placings there (1990 and 2000); you know what they say – you cannot win them all!”

Radisich says that the new rule of splitting regular drivers is a big plus for the V8 Supercar series.

“It will make it more of an even playing field for all teams. It is great news for the fans as they will get a better and fairer race. The only other rule they should consider is for the 500km event to be split over two races. Give each driver their own race and then the co-drivers can start and finish a race!”

Radisich is still recovering from his injuries, living in the UK with his family and setting up his own business

“Yes I’m enjoying life away from racing and I have new challenges ahead,” he said.

“Of course I miss putting it all on the line and nothing has quite the same urgency to it, but they tell me that goes away in time.”

For more with Paul Radisich, check out the latest ‘Where are they now?’ column CLICK HERE

What do you think of the new rule which restricts primary drivers from competing together at Phillip Island and Bathurst? Have your say CLICK HERE