Lotus looks to Trulli and Kovalainen

Lotus looks to Trulli and Kovalainen 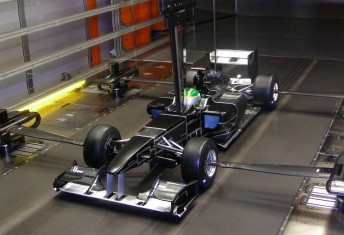 One of Formula 1’s newest teams to enter the 2010 world championship – Lotus – looks set to have Jarno Trulli and Heikki Kovalainen as its drivers.

Autosport.com reports that the other driver in contention for the two seats, Japan’s Takuma Sato, was informed that he had failed to secure a drive with the new squad.

It is now expected that McLaren refugee Kovalainen will take the seat that Sato was hopeful of, while Trulli has been the red-hot favourite to get the lead drive for some time.

Sato’s manager Matthew Winter confirmed that his driver has already missed out after they’d hoped that he would be considered because Lotus will be soon based in Malaysia.

“We know Taku has not got Lotus – we found out yesterday,” Winter said.

“We don’t know what the criteria was. “We thought he was a very strong contender, you don’t get more Asian than Taku.”

There are now few options remaining for Sato to get back into F1 after losing his last drive when Super Aguri collapsed in mid-2008.

In other F1 news, German paper Bild reports that seven-time world champion is close to being confirmed as Nico Rosberg’s team-mate at the new Mercedes Grand Prix team, which is the reminisce of Brawn GP.

According to Bild, Schumacher has agreed to drive for the team after being out of Formula 1 since 2006. The German was meant to replace Felipe Massa at Ferrari this year when the Brazilian was out injured, but persistent back problems from an existing motorcycle injury forced him out.