We’ve got to get it together: FPR

We’ve got to get it together: FPR 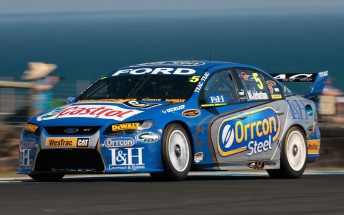 Ford Performance Racing team principal Tim Edwards says that the team has to “get it together” – and when it does, it will win a V8 Supercar Championship Series.

Edwards told Speedcafe.com.au that winning the championship next year will be the toughest task in the history of the sport – but says that FPR has the capability to get the job done.

“Fifth in the championship for Frosty (Mark Winterbottom), 13th for Richo (Steven Richards) and fourth in the Team’s Championship is not what we expected coming into this season,” he said.

“There’s no one out there doing a bad job. It’s harder than it’s even been, but that said, we believe that we’re going to have a good crack at the championship.