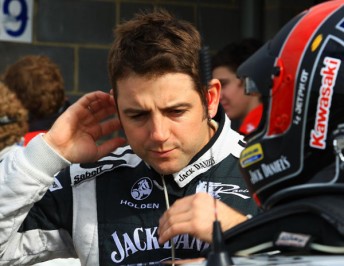 Todd Kelly has told the Herald Sun newspaper that the decision to force V8 Supercar teams to split their full-time drivers for the endurance events is ‘the most ridiculous rule I’ve heard in my life’.

The decision of the V8 Supercars Australia board is expected to be confirmed soon, meaning that brothers Todd and Rick Kelly, who formed their own team at the start of 2009, would be forced to split for the L&H 500 at Phillip Island and the Supercheap Auto Bathurst 1000.

Kelly told News Limited’s National Motoring Editor Paul Gover that Kelly Racing had asked fans what their thought of the rule online, with 95 percent saying they wanted to see the brothers paired together for the enduros.

The former Bathurst winner did not hold back in his assessment of the decision, saying that co-driver salaries for the two co-driver events would hit the $150,000 mark.