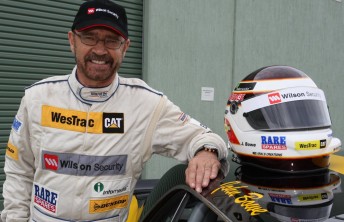 John Bowe was inducted into the V8 Supercar Hall of Fame at tonight’s V8 Gala Dinner.

“It’s great. I’ve never been a glory seeker. It’s nice to be acknowledged by Tony Cochrane and by my peers,” Bowe said. 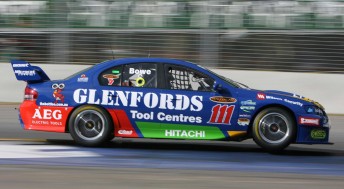 “I love motorsport, I love the category and I want to be involved in the sport until the day I die.

“The work Tony Cochrane has done over the years to grow V8 Supercars is nothing short of miraculous, and to have been a part of that has been life defining for me.

“I have been involved with and helped by so many special people during my racing life – every racing driver needs the right tools – I feel very lucky and honoured.”

The Tasmanian netted two Bathurst 1000 victories and the 1995 Australian Touring Car Championship during his illustrious career – all when he drove for Dick Johnson Racing.

Bowe also holds the record for the most championship starts (225) bridging across the Australian Touring Car Championship and V8 Supercar eras.

He took 27 race wins, 15 overall round wins, 25 pole positions and 43 front-row starts. He holds the honour of equaling Peter Brock as the record holder for most pole positions in a season with eight poles scored (1995).
Since retiring from V8 Supercar racing at the end of the 2007 season, Bowe now contests the Biante Touring Car Masters Championship as a support class to the main V8 Supercar series.