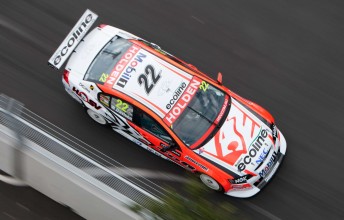 Will Davison won the Barry Sheene Medal, and helped car #22 be the 'Most Improved' of 2009

While Jamie Whincup was presented his overall championship trophy, Toll Holden Racing Team’s Will Davison picked up the night’s big gong, voted the Barry Sheene Medalist for the best and fairest driver in the sport.

Davison, who finished second to Champion Jamie Whincup in this year’s Series, was overwhelmingly voted the winner by the media.

The award recognises sportsmanship and the manner in which drivers conduct themselves throughout the season.

The Dunlop Townsville 400 was awarded Event of The Year. Hamilton 400 volunteers were given the Best Volunteer Group award, while New Limited’s James Phelps took out the V8 Supercar Media Award.

Ford took the manufacturers title while Toll Holden Racing Team was the Champion Team of the Year.