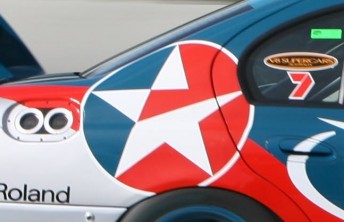 Caltex has been confirmed as a multi-year corporate partner with TeamVodafone.

After a two-year absence from the sport, the muliple-Bathurst 1000 winning team has lured the transport fuel supplier and convenience retailer back into the sport.

Caltex is a former supporter of TeamVodafone (2006/2007), and used to be the major backer of the Stone Brothers Racing team, taking Russell Ingall to his championship success in 2005.

In addition to the team’s deal, popular driver Craig Lowndes will be an ambassador for Caltex’s primary brands.

The Caltex sponsorship replaces the outgoing deal the team has with Dexion, who has elected to withdraw from V8 Supercars.

“We are very pleased to be joining forces with Caltex once more and are excited about the opportunities that lie ahead of us in 2010 and beyond,” said Dane.

“Caltex left the sport briefly after a shift in marketing direction and we’re confident that the decision to team up again will bring with it a range of benefits as we roll out new cars and look towards even greater championship success.”