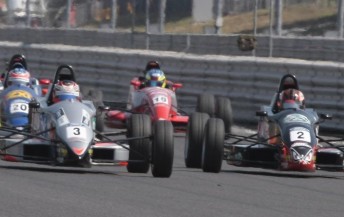 The Ford Genuine Parts Australian Formula Ford Championship has released its calendar for 2010 with the inclusion of the Townsville street circuit.

The far north Queensland joins Albert Park and Surfers Paradise as the street circuits on the new calendar.

“As the first open-wheeled category to go there we think there will be a lot of interest, and I know everyone in the category is looking forward to the challenge of a new circuit

The season is booked-ended by Melbourne events – kicking off at Albert Park and wrapping up at Sandown International Raceway.