Hype that has never been seen before

Hype that has never been seen before 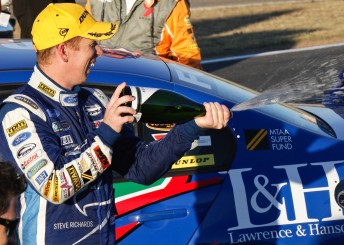 Steven Richards is one of the elder statesmen of the V8 Supercar Championship Series.

The 37-year-old has been there and seen almost everything in V8 Supercar racing.

In fact, Richards has contested every V8 Supercar season except 1998 when he spent the year in Britain as test driver for Nissan’s British Touring Car Championship.

This fact means that Richards has been in the sport for the introduction of all the street races and overseas events. Now, on the eve of the inaugural Sydney Telstra 500, the Castrol FPR drivers says that the hype surrounding this weekend’s event is greater than anything he’s seen before.

“For me, the only other event that had as much hype as this one was the time we went to China. It was just massive for our sport but this is more so,” Richards said.

“To race around an iconic Aussie place and bring that whole precinct back to life, with one of the only events that could do it, is unbelievable. You count yourself pretty lucky to be involved.

“In the 90s the sport was very professional but never had these kinds of events on the radar. Now we’ve got four a year and go overseas. It’s just huge.

“To think of all the work that has gone into it is huge. This is going to be as big as it gets and we’re all looking forward to showcasing what our sport is about.”