No Moto2 for Aprilia

No Moto2 for Aprilia 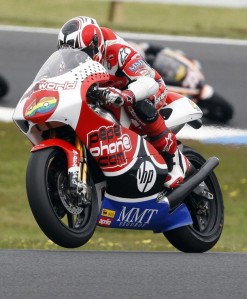 Aprilia has announced it will not compete in Moto2

Aprilia has announced that it will not be competing in the all-new Moto2 Championship next year. The Italian manufacturer is one of the seven marques owned by Piaggio, the world’s fourth largest motorcycle manufacturer. As well as a non-factory entry, it will not supply bikes to privateer teams as it believes it would be detrimental to its image.

The 600cc Moto2 replaces the 250cc category, which Aprilia had six bikes in the top ten in the 2009 championship and supplied bikes to the majority of the field. All bikes in Moto2 will have to use Honda engines and Dunlop tyres.

“The Moto2 championship does not present, in the Group’s view, technological and sporting characteristics that make Aprilia’s participation strategic for this type of competition,” said the Piaggio Group in a statement.

“Therefore the Group feels it unnecessary and damaging for the image of a great Italian and European motorcycle manufacturer – who has won 43 world titles in road racing and off-road – to take part in competitions forcibly centred around the engine technology of a rival constructor.”