Bargwanna: I can contend for the V8 title

Bargwanna: I can contend for the V8 title 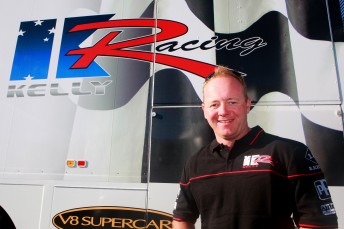 Jason Bargwanna will drive for Kelly Racing in 2010

Jason Bargwanna says that his motivation for signing with Kelly Racing was to be able to fight for a V8 Supercar Championship.

Bargwanna signed with Kelly Racing on Saturday evening in Perth, securing his future in the sport for another season.

The Victorian has been involved in the V8 championship full-time since 1998, driving for Garry Rogers Motorsport, Larkham Motorsport, WPS Racing and Tasman Motorsport.

Keen Australian motor racing followers would note that the last three teams on that list have all fallen out of the sport – all of them while Bargwanna was driving for them.

The 37-year-old says that his new deal with Kelly Racing is exciting, knowing that the team is stable and he’ll be able to fight for a championship.

“There’s no doubt that this is my most competitive opportunity ever,” he said.

“Fortunately, I’ve been able to win races and rounds, pole positions and win Bathurst, but I’d love to be able to know that I’ve had a proper crack at the championship.

“Win or lose, I want to know that I’ve been a contender all year long.

“We had some grand plans at Tasman this year, but unfortunately they didn’t come together. I was with three race teams in a row that closed down – now, I join a team on the way up, not the way down. It’s a very exciting prospect.”