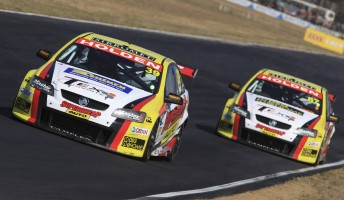 “The Triple Eight guys have finished their first car and just about to start the second one. We’ll have Russell’s car finished and in paint before Christmas, and then we’ll start on the next one soon after that, so we’ll take Russell’s current car to the Middle East.”

Morris admitted that the situation isn’t preferred, however, there are positives that can be taken from it.

“It’s not the ideal way, but if you look at the positive side, we’ll have a brand-new car and a known car that we can benchmark the new car against it.

“I’m pretty sure we’ll all get a handle on it pretty quick. We’ve got a car there that we know pretty well.”