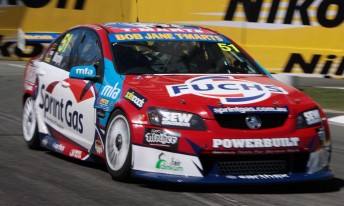 The sale of both Tasman Motorsport RECs, as well as Paul Cruickshank Racing's, has been approved by the V8 Supercars Australia board while the Britek REC awaits further confirmation

Three of the four Racing Entitlement Contacts that went in front of the V8 Supercars Australia Board yesterday have been approved and sold, while the fourth remains undecided.

Tony D’Alberto Racing, Lucas Dumbrell and James Rosenberg have been successful in securing the #3 and #51 Tasman Motorsport RECs, and the Paul Cruicksank Racing REC, respectively.

Fujitsu V8 Supercar racer Jonathon Webb, who was negotiating with Jason Bright to secure his #25 REC, was not processed and will be considered by the V8SA Board again soon when more details of its sale are provided.

The board will meet again next on Monday after the Sydney Telstra 500 at Sydney Olympic Park.

More details of the three REC sales, and the new teams, will be published here on Speedcafe.com.au in the coming days.