PCR’s REC on the market

PCR’s REC on the market 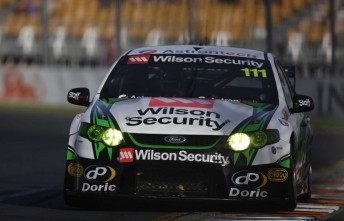 The PCR REC was officially put on the ‘for sale’ market today, and it will go in front of the V8 Supercar Board at its Wednesday meeting. The REC will either be sold to James Rosenberg or be bought back by V8 Supercars Australia.

Speedcafe expects that the sale of the REC is likely to be accepted by V8SA.

If Rosenberg is successful in securing the REC, he will use it to assist current Paul Morris Motorsport driver Tim Slade to find a drive in the V8 Supercar Championship field next year.

Paul Cruickshank Racing has been involved in V8 Supercar Championship Series since 2006 after a number of seasons in Carrera Cup and Fujitsu V8 Series competition. Marcus Marshall drove with the team in its inaugural championship year, before John Bowe did his farewell season (2007) in the Glenfords-backed Falcon.

Fabian Coulthard replaced Bowe for 2008, scoring a number of top 10 places and went even better this year, taking the team to its first podium position (Race 8, Tasmania). The PCR team expanded for the first time this year, running a two car operation with Michael Patrizi as Coulthard’s team-mate. The #333 REC was leased from Britek Motorsport.