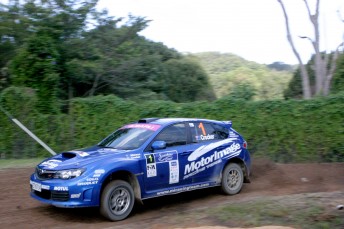 Cody Crocker was at his dominant best in 2009

Driving the MotorImage Impreza WRX STI, the Victorian finished on top of the APRC points’ table with 94, just two shy of the prefect score of 96. He and co-driver, Ben Atkinson, took the honours in all six events of the Championship – Australia, New Zealand, Japan, Malaysia, Indonesia and China.

“It is a fantastic way to end the season,” Crocker said.

“We came here with the APRC already won, but with important business remaining. We really wanted to win the Asia Cup as well, but most importantly, we wanted to make sure that Subaru’s name was engraved on the Manufacturers’ trophy.”