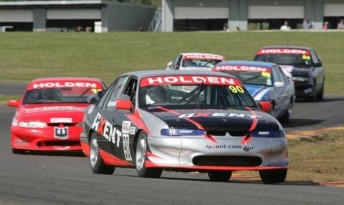 The Commodore Cup Series is safe, according to the category itself, despite its association being placed into liquidation

The Commodore Racing Association of Australia has been placed into liquidation.

The all-Holden category, which started in 1996, will complete its final round of this year’s national series at Sandown International Raceway (November 28-29), but the class’s ongoing future post-Sandown is secure, according to category manager Glenn Holdsworth.

“The class will go ahead,” he said.

“The association was just a place for the competitors to have a membership, so all they need to do to continue racing is to join another club with a CAMS affiliation.

The association was placed into liquidation on October 22, Mr Stephen Robert Dixon of BDO was appointed as official liquidator.

In a statement, CAMS said that it’s “working closely with the official liquidator to ensure positive outcomes for all stakeholders and can advise that there will be no adverse effect on the final Commodore Cup round, to be held in conjunction with the Shannons Nationals Motor Racing Championships.”