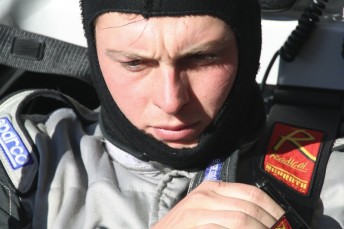 Garth Walden will compete in the final round of the Fujitsu V8 Supercar Series at Sydney Olympic Park.

It will be his first race behind the wheel of a V8 Supercar in five years.

The Sydneysider (who will turn 28 on the Sunday of the race weekend), will drive Jay Motorsport’s second Holden Commodore VZ. It will be the first time the car has competed since the first round of this year’s Fujitsu Series in March at the Clipsal 500, when it was crashed by Chris Alajajian.

Since then the ex-Team Dynamik VZ has been rebuilt and fitted with a Walkinshaw engine.

Walden has been employed by Sportscar company Radical Australia for 14 months, where he is its workshop and team manager, as well as its lead race/test driver.