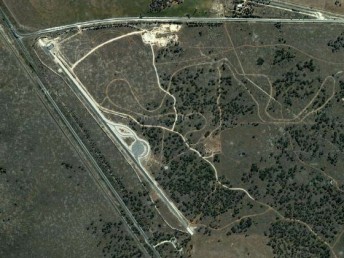 South Australia could be about to gain another motorsport venue if plans for the former Mitsubishi testing facility come to fruition.

The Mitsubishi Motors Australia testing facility at Tailem Bend is now largely dormant after the MMAL’s parent company announced the closure of its Australian production in February 2008.

Now some prominent groups are rallying together with plans for a motorsport and training facility to be built on the 1680-acre site just outside the town of Tailem Bend, close to the rural centre of Murray Bridge and about 100 kilometres out of Adelaide.

The Confederation of Australian Motor Sport, Motorcycling Australia, the Sporting Car Club of SA and Motorcycling SA are all behind plans, which importantly also include the local Coorong District Council, the new owners of the land.

“There has been quite a lot of public and media interest in the former test track site since Council acquired it earlier this year,” said Coorong District Council Mayor Roger Strother.

“I am very excited at the prospect of having a Motorsport Facility developed on the former test track site. Such a development will bring enormous economic benefit to the district and put the Coorong District Council on the map with national exposure.”

The plans see the test site transformed into a complex for both sealed and off-road tracks, taking in the needs of both automotive, motorsport and motorcycle communities.

Driver training and vehicle testing would also be catered for at the facility, which is situated on the corner of the Dukes and Mallee Highways, key interstate transport routes between Adelaide and the eastern seaboard.

At present the site features a large and wide sealed drag strip and skid pan, with most of the roads and configurations at the complex consisting of rough and unsealed road sections, meaning significant works are needed for a full-blown circuit.

CAMS Chief Executive Officer Graham Fountain said that availability of motorsport facilities was a great challenge in these times, making this project an exciting one.

“Access to motor sport facilities is one of the key challenges faced by the sport and the addition of Tailem Bend to Mallala in South Australia is a tremendous boost for the sport and community,” said Fountain.

“In addition, this venue will provide a key facility for the conduct of a range of education and training programs, which will include the full range of CAMS new and exciting proactive community and youth development programs.”

Lyn Punshon of the Sporting Car Club of SA said that there was a need for more facilities in South Australia.

“There is a great need for more facilities Australia wide and South Australia can take a position of leadership when the Tailem Bend motorsport facility comes on stream,” said Punshon.

“The Sporting Car Club sees this as a great opportunity to work in with MSA, CAMS, MA and the Coorong District Council to establish a motorsport and driver training facility that can be utilised by all motoring and motorcycle clubs in South Australia.”

Punshon said that while the master planning and feasibility stage would take 18 months to complete, club and community events as well as driver/rider training activities at the Tailem Bend site could commence as early as the beginning of 2010 with sprint, motorkana, burnout and off road events likely to be the first conducted at the Tailem Bend complex.

An open day will be held at the site in the near future to enable clubs and driver training organisations to view the current facilities and also have input into the vision for the site.