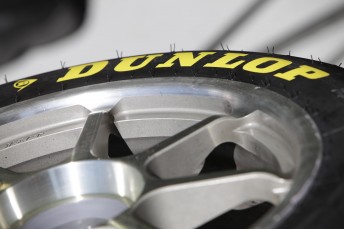 V8 Supercars Australia has confirmed the details of the category’s first control wheel, amongst a number of other technical changes.

The control wheel tender has been won by Racer Industries. It will be compulsory for all cars to use the new wheel in qualifying and race sessions by the L&H 500 at Phillip Island, next September. The current stock of wheels will be ineligible for every V8 Supercar session at Phillip Island in September 2011.

The new 17-inch aluminium wheel is distributed by UK-based company Team Dynamics and manufactured by Rimstock, the largest wheel manufacturer in the UK.

The initial order price per wheel is $461 plus GST. Teams who order the wheels before November 30 will receive that price and guarantee delivery before the first round of next year’s championship. The teams are able to nominate if they want their wheels delivered in January, April or July. The wheel’s first price review will be on March 1, 2010.

“Based on the cost V8s have come up with, the control wheel is a great idea,” he said.

“The cost of the current wheels have been $1000 each. They are very expensive and they do cop a fair bit of damage. So this halves the cost of a wheel and they should last just as long.

“It’s not going to be a benefit that you see straight away, but long-term, it will save teams money. Our team’s perspective is that we are for the idea.”